Sharing Pages cash out with YOUR Work!
Published on Feb 3, 2021

You probably enjoy watching funny and entertaining videos on Facebook just as much as I do. Just go to the video icon at the bottom of the FB app and entertain yourself with endless scrolling and wonderful distraction from the crap that’s going on in the world right now. Besides cute pets, crafting videos are usually the ones that catch my attention. I watch time lapse recordings of colorful DIY resin/wood tables and explore amazing skills of other cool artists. Well, and from time to time I also see cosplayer tutorials and costume construction videos. What I noticed however is that the original artists rarely upload these videos. Most of the time they come from so called “Facebook video publishers” who often have million of followers. Did you know however, that all those video sharing pages on Facebook actually heavily monetize and cash out with all of these artists hard work?

Some attention is surely nice, right?

I admit, I wasn’t aware about the issue for years. My own work got shared on pages like George Takei, LADbible, Viral TRND or 5-Minute Crafts. These videos usually get a lot of comments, millions of views and I was even congratulated for the “honor” to be shared by them. I honestly thought it’s pretty cool as well and it was nice to see my videos getting so much attention. Most of the time they included some kind of credit to my channel and my page was also mentioned countless times by users in the comments. However… even a share from George Takei (which is obviously not run by the actor himself but a marketing firm called “The Social Edge“) didn’t give my reach any kind of boost. In fact, I didn’t even notice a small increase of my likes after the shares. Also no increase in sales or any other form of benefit. I was obviously a little bit disappointed, but oh well. 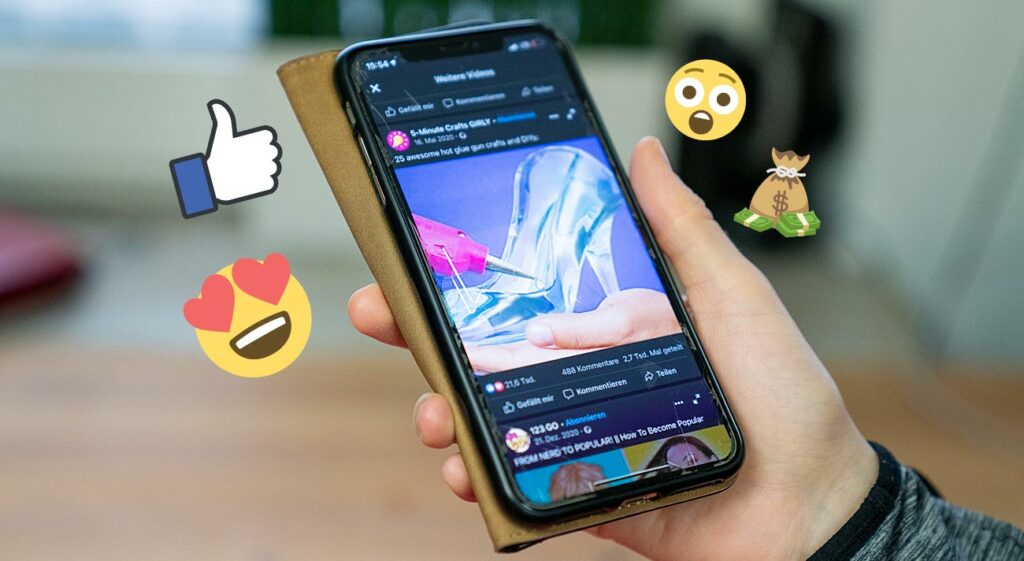 What are In-Stream Ads?

Years passed until I really understood the issue though. This year, I finally activated the In-Stream Ads on Facebook on my own channel. This basically means, a short ad appears before, within or after our video content. As the content creator Facebook pays you a share for the monetization. It sounds pretty nice in theory, but the income is actually quite inconsistent. In my case, some videos reward our work with $10 and some with over $1000. You never know how much attention a video will receive. Still, it’s clearly a pretty nice bonus and a welcome surprise if something goes viral.

The best is, that you actually don’t need to do much to activate In-Stream Ads on Facebook. You need a page with at least 10.000 followers and at least 30.000 1-minute long views on videos that are at least 3 minutes long in the last 60 days. This might sound like a lot for some of you, but I think it’s pretty doable or at least like an achievable goal to work towards. My Facebook page Kamui Cosplay has right now 650k followers and it required me just a single 3 minute long video to activate the function. My mistake was actually, that I uploaded only 1 minute long videos in the past and simple didn’t take a look into the Creator Studio section of my page. However, for some reason, Facebook developers hid this function pretty well. I access this page only over doing a google search, never through Facebook itself. I just can’t find it.

How sharing pages cash out with your work

Now, what bothers me is that all those sharing pages use this monetization option quite efficiently. They often don’t produce their own content, but actively search for other creators who allow them to share their work. In the past and in many cases they simply grabbed a video from YouTube, removed maybe even the watermark, edited it a bit and uploaded it to their own page again. The Facebook guidelines actually didn’t restrict this. Free money for them and the creators didn’t get a single dime! Facebook even encouraged this so called freebooting and plenty of artists tried to legally fight against getting their content stolen. Finally in 2016 Facebook listened, introduced the Rights Manager and helped creators to claim copyright infringement. Today those “sharing pages” have to actively ask for your consent and want you to fill out a contract before they legally cash out with your content. Hey, at least that’s something.

So luckily, things changed for the better! Now I receive emails like the example below (sender is removed for reasons):

They obviously write their request super nice. It needs to sound positive and like a great opportunity for you. However, it’s much more of a great opportunity for them. I did an experiment once and calculated a little bit. The requested sharing page had 25 million followers and their videos hover between 2-20 million views. I get around $1000 for 2 million views so I also asked them to pay me $1000 for the permission to share my work. After all, they should make a lot more with their huge following, right?

They obviously said no.

So, what do I want to tell you with this article? Just take all those requests a little bit more critical. Same goes to shared videos of other artists. As mentioned, I didn’t noticed any boost on my own page for all those millions of people who might saw my work. I also didn’t sold more of my crafting books or cosplay patterns and I also didn’t got any amazing opportunities like commission requests from people who watched the video. Instead, someone else just generated money with my content and I did not get a single penny.

Don’t let them fool you!

These days I report every single sharing page that uses my content without my permission and they usually end up taking it down. I contact the page operators via email privately and don’t give them any additional reach by starting a shit storm under their post. This would only give them more reach and more money with my content at the end. Even though others stole your content, you can’t actually claim any of the profit they already made. At least, I personally got less and less pages using my videos now. In addition, I also use In-Stream Ads myself now and it gives me a nice extra income every month.

So my tip for you as a content creator is, don’t forget to film your work and see that footage as something of value. Instagram plans to add In-Stream Ads for IGTV soon and it’s in general a great way to create an income as an artist just by doing what you do. As mentioned, to activate the function, your first videos need to have a minimum length of 3 minutes. Later however you can also upload simple and short 1-minute long videos and make a profit off them as well. Two of my most successful videos generated a combined $2000 in just a few days which is nice! 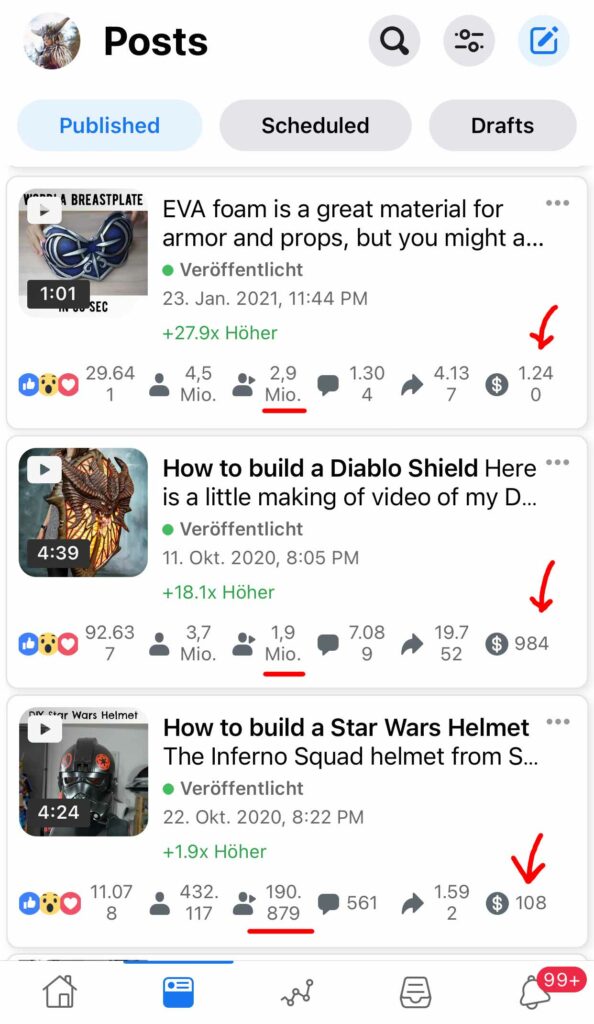 Just activate In-Stream Ads in the Creator Studio. Until then, I wish you the very best to access the program. I personally wish, I would have known about this awesome opportunity far earlier. However, that’s why I want to share this tip with you! After all, if someone profits from your work, it will be you!

Shopping cart
There are no products in the cart!
Continue shopping
0