Ask me what cosplay means to me and I could only reply with positive things. Building something with my own two hands, spending time with my husband and friends crafting, hanging out at conventions, meeting new people and traveling to new and exciting places.

And while cosplay is a wonderful and uplifting hobby for countless other people, I recently started hearing complaints about the growing toxicity and negativity in the community. Harsh and sexiest comments, racism, bullying and fat- and skinny shaming seem to have become an issue of many cosplayers. Craftsmanship, supporting each other, hard work and the love for a fandom fade more and more into the background while looking like a specific character or fitting a specific beauty idol apparently has taken top priority. Is it not about the costumes anymore?

So has the community changed? Is it now a swamp of negativity and frustration? I don’t think so.

I’m a cosplayer now for over 14 years and well, yes of course it’s different today as it was back then. At the beginning of 2000 the community was fairly small, more local and people knew each other. It felt a bit like being part of a weird little family. We all loved creating costumes, shared our work on platforms like www.cosplay.com and knew how much effort, time and money went into hobby. While there was surely drama here and there, the community stayed pretty tight and was almost isolated from the ‘normal world’. I still remember when it was a very big concern if you should hide that you’re doing cosplay on the side or not. What if your classmates, your boss or your ‘normal’ friends find out? Doing cosplay branded you as a weirdo but we liked being weirdos together. And nobody of us was perfect: We all started with crappy costumes, barely any of us even knew what Photoshop was and nobody even had the slightest clue that becoming popular by doing cosplay could ever, EVER become a thing. Heck my parents tried to get me away from cosplay every chance they had. ‘Why don’t you do something normal instead? Why don’t you go out drinking and to parties? It’s what everybody else does.’ But I loved Dragonball and had fun crafting and dressing up in stupid costumes. I think many people felt similar back then.

Social Media platforms like Facebook, Instagram and Twitter made cosplay more mainstream around 2009, 2010. Previously many countries or regions had their own community platforms like www.cosplay.com (USA & Canada) and www.animexx.de for Germany. Cosplay was mostly local, but this changed completely with the rise of Social Media. To say it clear: It’s a lot more people now. Everybody from all over the world is suddenly connected. Different cultures. Different races. Different politics. Different lives. Things you didn’t even knew existed suddenly mattered. Naturally this led to a lot of confusion. Just to mention one example: Even today many people in Europe or Asia don’t even know that darkening your skin color for a costume could be seen as offensive on the other side of the planet. They want to show their admiration for a character but then wonder why they are getting attacked for something they don’t understand or didn’t even meant to do. And of course it’s hard to forsee such things happening. Every culture has their own history and nobody can expect another culture to know everything about them. This clash of cultures has let to a lot of confusion and negativity. Bad and inappropriate comments however are rarely made with bad intention but rather a lack of understanding of a different culture or intention. The internet has brought us all closer together but also let us forget that we’re actually still from very different places.

Remember. Not everybody is a cosplayer.

When I started visiting conventions in 2003, about 90% of the attendees were cosplayers too. My work was primarily being seen by other cosplayers. By the time I am writing this article my Facebook page is nearing 350.000 followers. Only a small percentage of these people do cosplay themselves. Not everybody knows how many tears and huch much blood we put into our costumes and what this hobby means to us. Cosplay for us is a lifestyle, a therapy, a passion and so much more. Many others however just see us as silly nerds, people who waste all their time and money just trying to become popular or even just see us as a real life sex fantasy. The general public is now our audience. They find us over images posted on 9gag, imgur or reddit, but they don’t have the same relation as we have to cosplay. Mostly of them don’t even see us as real human beings and often just type a rude comment before thinking there is no way in hell the person in the picture might even read it.

No, we don’t need to look like a character.

I don’t think the cosplayers themselves have changed. We still just want to have fun. Some just love to dress up in silly costumes for a convention, while others still love to build something with their own hands. Today however we are reaching new people with our work – people who are bored at work, randomly google for costumes and discover a Wonder Woman cosplayer who doesn’t look exactly like the stunning Gal Gadot they recently saw in the cinema. And before even considering that they’re looking at a real human being who worked the last 3 months super hard on her costume, they simply post “Whale Wonder Woman! 1/10, would not bang!” And this happens quite often these days. This problem is sadly only worsened by popular websites like Kotaku who frequently promote lookalikes and label them as ‘best cosplayers’ enforcing the idea that a good costume is only good if the person inside it looks like the character. This gradually changes the view on cosplay by the general public from ‘Cosplayers want to have fun crafting and dressing up’ to ‘Cosplayers are all in a lookalike contest’.

We tend to focus on the negative and forget the positive.

Comments like these hurt, yes. And while you get around 20 other people commenting, telling you how much they love your costume and how proud they are of you, you keep focusing on only this one rude comment. That’s only human. In that moment it doesn’t matter that 100 other people liked your photo, some of them even shared it. It doesn’t matter that your progress pictures and finished photo of the costume inspired a few other girls to create the same costume. And it doesn’t matter that you became a role model for other cosplayers who might be not as comfortable with their body as well. That ‘Fat Wonder Woman’ is always crawling in the back of your head.

At this point it’s important to see everything in relation. Keep all the wonderful people in mind who liked, commented and shared your work. Think about your friends, who are excited to dress up with you at the next convention and the attendees who will smile once they see their personal hero in real life. And remember yourself, be proud of what you accomplished. You’ve stepped out of your comfort zone, learned new skills like sewing and armor making and put so much work into finishing the costume in time. Cosplay is your hobby and you are doing this for yourself, not for a random bored person that’s probably stuck in a boring day job browsing aimlessly through Social Media. Just delete this comment and ignore that person. You didn’t make this costume for them anyway.

Kill them with kindness.

While deleting and ignoring is always the easiest option, I sometimes like to confront these kind of people. Who knows, I might even make them think about their behaviour. Just remember to stay nice and don’t feed the troll by using writing aggressive answers. My friend Jessica Nigri always preaches ‘kill them with kindness.’ and I wholeheartedly agree. On Youtube plenty of people write that my voice is annoying but once I answer them to simply turn the sound off if they like it more, they react with apologies and compliments of my work. They didn’t think I would even read the comments. Most bad commenters actually feel bad if you show them that they are the ones acting needlessly aggressive or offensive. Ask for explanations, offer help, ask for constructive critique and you might be surprised of the responses you get.

Yes, negative comments can hurt and it may look like they are becoming more these days, but this doesn’t mean the community has changed or became even toxic. The negative always needs to be seen in proportion to the positive and should never be taken personal, no matter how hard that can be sometimes. We are all just human beings and have different body shapes, genders, skin tones, ages and skill levels. And some of us have bad days, write comments we don’t think through, instantly regret or just make mistakes. Still, we can learn to get better at it, we can support each other, try to understand each others views and you know – communicate. Stay nice, especially to those, who aren’t nice to you. Most of us are still here to have a great time together!

Cosplay is all about having fun, so stay positive and enjoy what gives you joy! <3

I hope my blog entry gives you some insight on how I see the whole situation. I know there are a few bad apples around but I think the cosplay community is still a wonderful place to be. You’ll have a ton of fun crafting and hanging out. Remember that you’re doing this for yourself and don’t let a few bad comments take away your enjoyment or get a twisted view on the community.

And to lighten the mood again here is a picture of my two corgis Zelda and Midna with their best friend Booker enjoying a beautiful autumn day. We should all listen to their advice, not think too much about things and enjoy the moment! 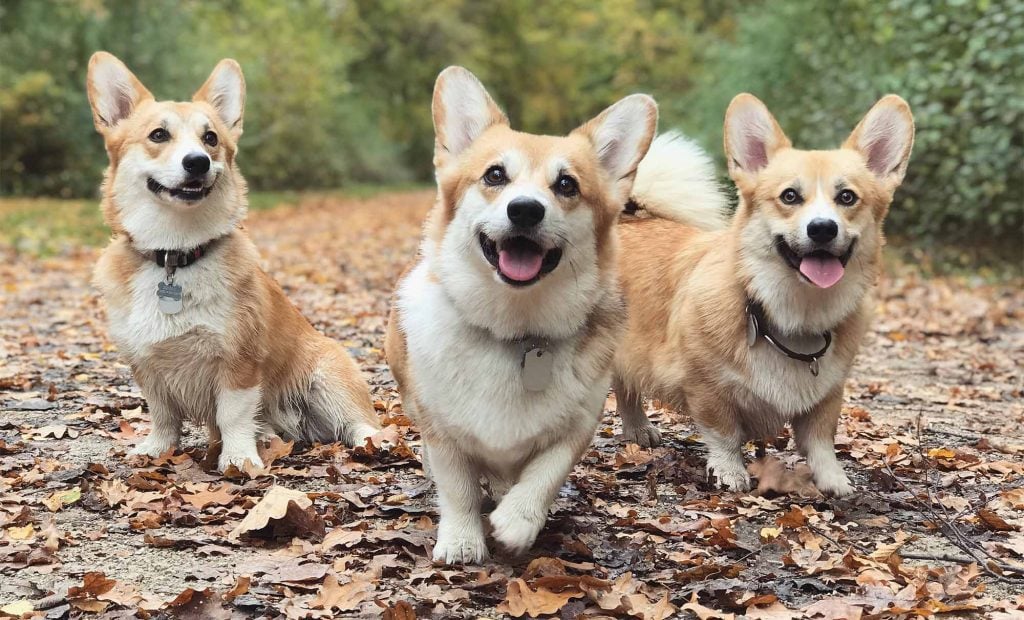 We built a speaking Majora’s Mask from The Legend of Zelda!

Dremel Germany asked us to create a cool cosplay prop with their rotary tools, so we picked one of our personal favorites: The Majora’s Mask from The Legennd of Zelda! A realistic looking mask was not enough for us though, so we also made it glow in the dark and speak! Watch the video below!

We built the Great Axe from Dying Light 2! 🪓

An old rusty stop-sign as an axe? Sure, why not?!  Techland asked us to choose and create our favorite weapon from their upcoming game Dying Light 2: Stay Human, and obviously we chose this beauty! We 3D printed everything in plastic, but with the magic of painting it...