Some time passed since my last post and so now I have a lot to tell.
2013 is already the 3rd year I’m working for Cryptozoic – the publisher of the World of Warcraft Trading Card Game – and after Alexstrazsa and Vanessa VanCleef I’ve got a new commission from them: Aegwynn, Guardian of Tirisfal. 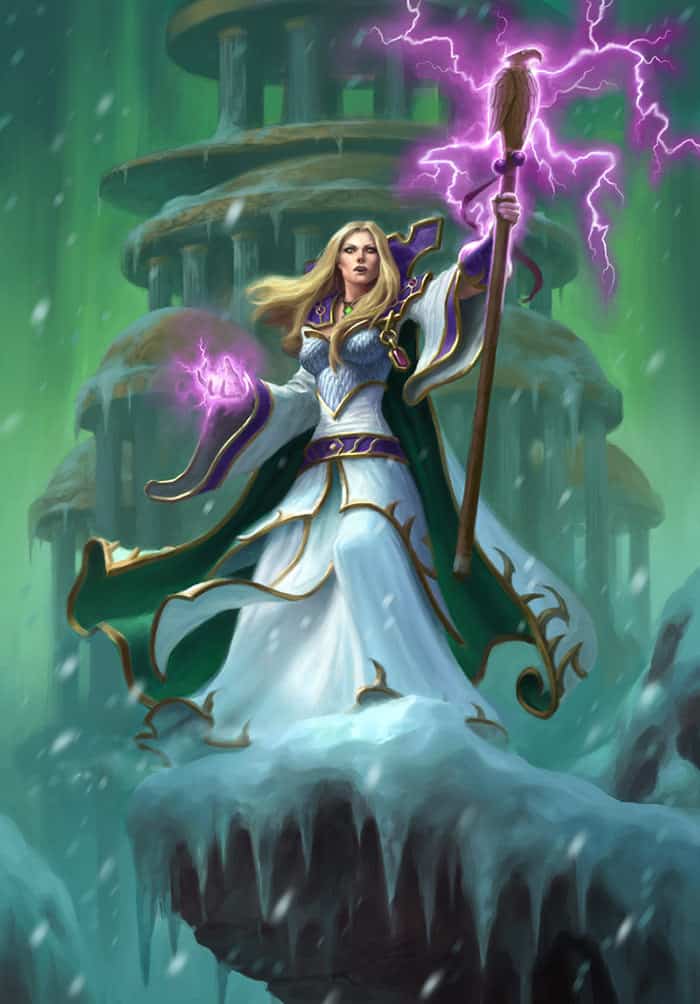 Aegwynn was… well… a pretty rushed project. I always enjoy the time preassure before a convention, the coming deadline for a costume and the sleepless nights before the final weekend. So despite I already knew for months that I had to finish this project, I started it only one month before the first event it was planned for. However at least I already bought all the fabric I needed during my last trip to Los Angeles in October 2012. Well… but since I’m just an awful tailor with no idea what I actual do I bought the completely wrong fabric. So… the deadline already in front of me I wasted at first some time in sewing something I threw away in the end. To get the final fabric that I used for my costume was anything but easy, but I was lucky enough to get the perfect material for Aegwynn, later.

The pattern for the base was a version I already used for my very first and even the last Druid costume (which are in total 5 costumes of pure laziness!). But there is nothing  I hate more than my sewing machine in my workshop. I was already super exited to bring these few fabric pieces into something I could call a “dress”. So, anything else was just adding some colors and details.

And in addition the purple fabric I found later was just the best choice I’ve ever done for a costume! It was really just a lucky hit on eBay and I guess even in LA’s Fabric District I wouldn’t be able to find something better. 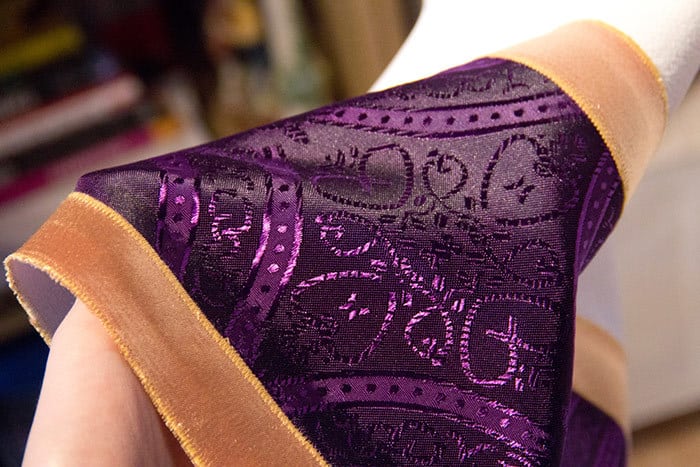 For me cosplay is always more than just the try to bring a fictional reference to life. I always try to get a look behind the character and imagine how he or she whould look in reality. So since Aegwynn is a powerful magician I’ve searched for fabrics with fitting ornaments and details. 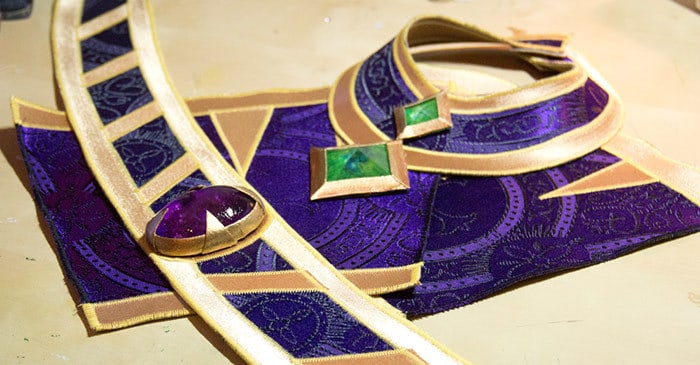 Despite the fact that Aegywnn has a pretty simple design I’ve spend a ton of time with the sewing work. Especially the cloak was very time consuming. I still have no idea how this part of my reference looks, but I thought it would be just boring to let everything white and so I’ve tried to expand the details at the front to the back of my costume. 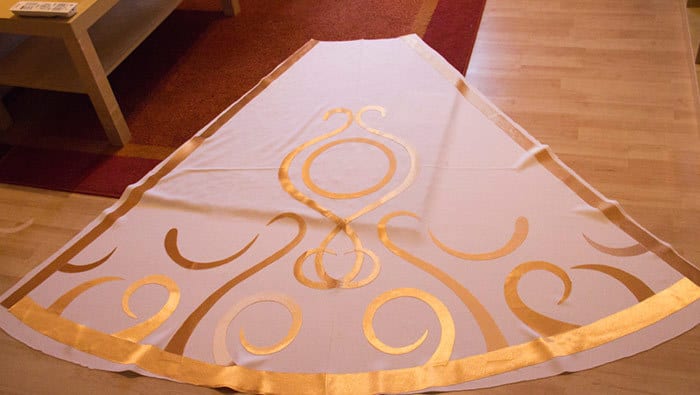 The biggest and most difficult part of the costume was clearly the breastplate. It was not really that hard to build, since I’ve already had enough experience for this armor part, but it took a lot of patience and time to draw, cut, shape, fix and paint over 250 scales by hand!  The whole piece took over 30 hours of work, but the final result became one of my most favorite armor parts I’ve ever done! 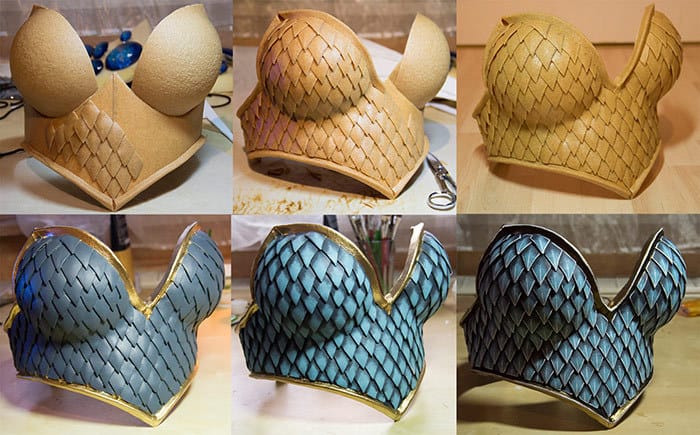 Well, and luckely the other armor parts were very fastly done. The pauldrons were very simple and almost a bit boring, but I did my best to make them a bit more shiny with the right paint-job. 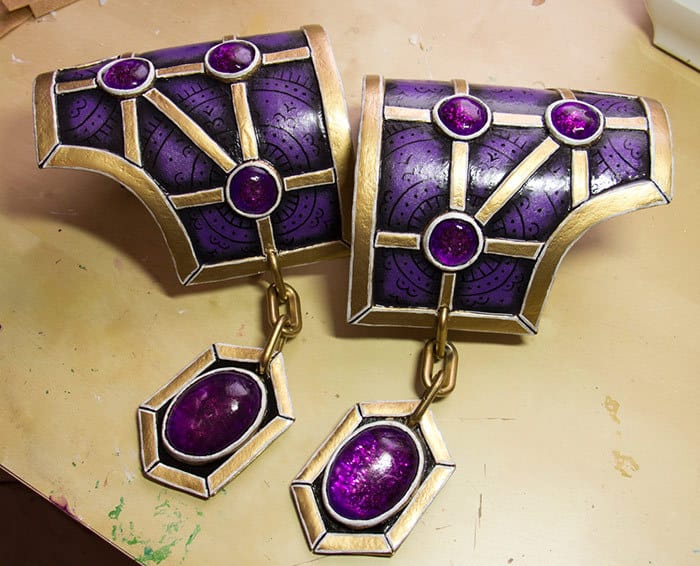 The last parts were these weird things on the back and the belt were pretty quickly assembled and after 3 weeks of work I was glad to have a new costume in my portfolio.

Only a few days later the final test followed at JapanWeekend in Madrid, a convention which invited me as a guest and were pretty interested in my costume construction panels. So I was also pretty lucky to get the first photos of the finished costume very early: 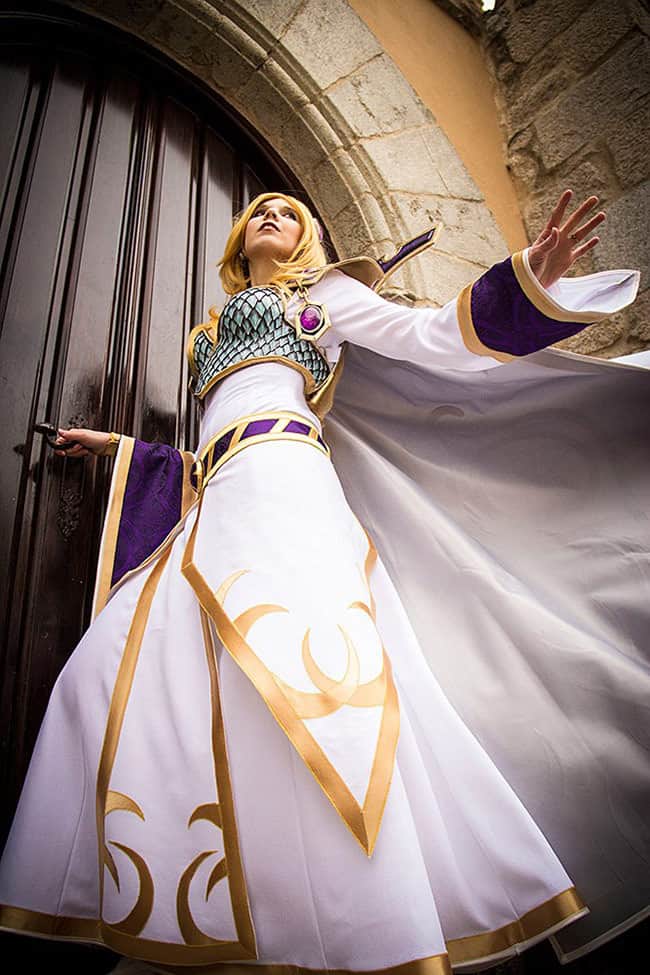 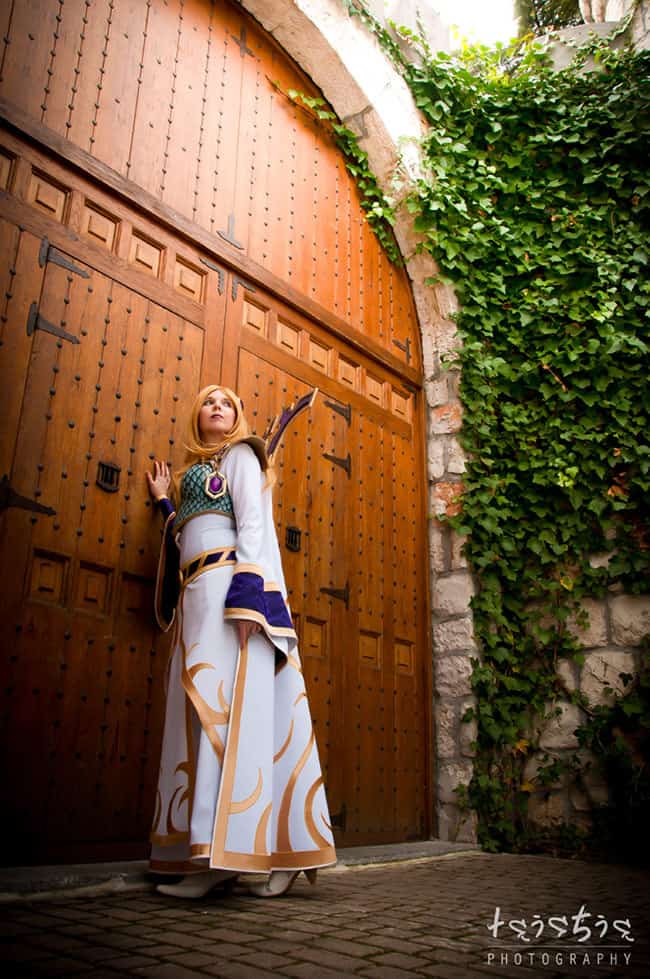 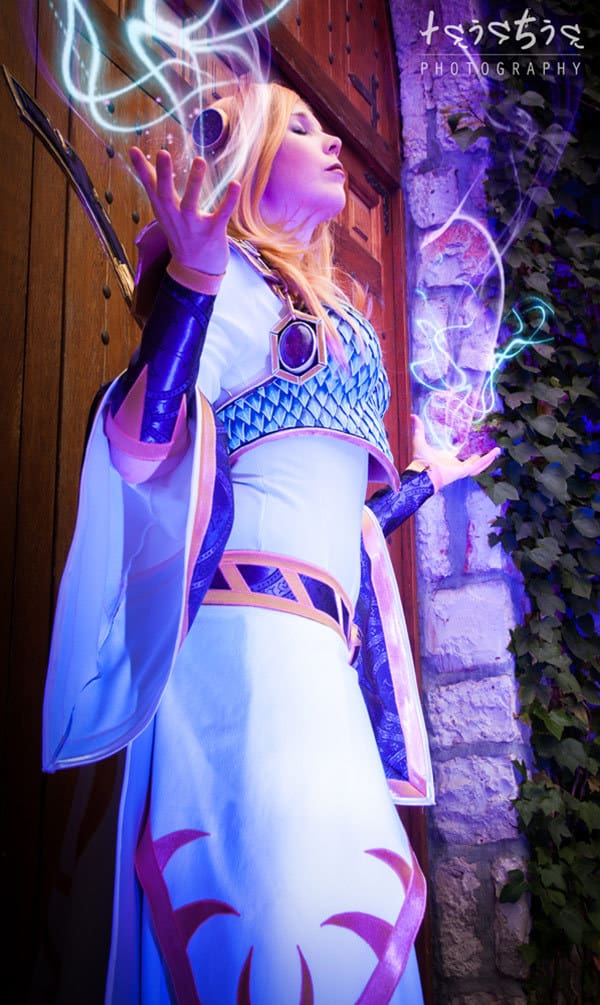 Well, and that was my third project for the World of Warcraft Trading Card Game, which is pretty much my working clothes for my part time job for this amazing game. Compared to my other costumes, Aegwynn is clearly one of the more comfortable and I also really enjoy to wear a more elegant, more feminine costume for once, ha ha. If you also want to read more of the progress of this costume, just visit me on Facebook. And since I’m accepting commissions now, just visit my commission page.

Well, and so far so good! Thanks again for reading and see you next time!